Why Choose File Savers to Recover Your IMPORTANT Data! 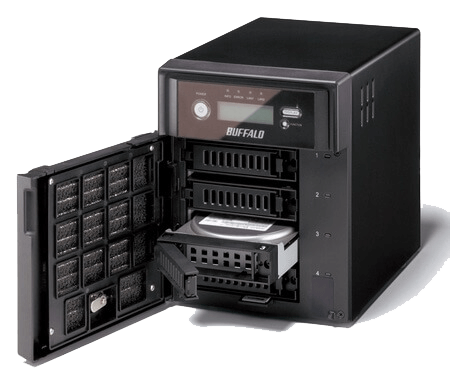 File Savers has custom tools developed for recovery of all Network Attached Storage systems. We specialize in dealing with the complicated XFS file system that most NAS devices utilize. When you simply can't afford to lose your data, File Savers is the answer for your NAS data recovery.

What to Do When Your NAS Fails:

If your NAS goes down and you lose access to your data, we highly recommend that you turn off your machine and do not continue any recovery, restore or rebuild attempts yourself.

Because, NAS devices use a proprietary version of Linux file system (XFS) and they're often configured in complex RAID configurations it makes data recovery far more complex and specialized. By shutting down your machine, you are increasing the chance of a successful recovery of all your data.

It is extremely common for companies to put pressure on their IT guy to get their data back up and running quickly. This is where we see data lost, IT guys fired and companies go out of business. We see many cases every month where IT guys destroy any chance of recovery because they attempted to recover, rebuild or restore their NAS system themselves. We don't want that to happen to you.

Because of the complexity and the way data is stored in a NAS and across RAID systems, its critical that your NAS data recovery is completed by one of File Savers experienced and specialized NAS / RAID engineers.

Types of NAS Server Failures we specialize in recovering Data from:

Multiple Hard Drive Failure: The most common failure that we see in NAS devices are multiple physical hard drive failures. One hard drive usually fails first and goes unnoticed until a second hard drive fails. Multiple hard drives do not usually fail at the exact same time unless the server is victim of an electrical surge or natural disaster.

Sometimes, a second hard drive fails during the rebuild of the newly replaced hard drive. This means 1 hard drive has stale data and the other one has current data. Its absolutely critical that the hard drive that failed first does not become included back into the array. If the stale hard drive is used to rebuild the array, it will corrupt your data and it will be impossible to recover.

NAS Controller Failure: NAS controllers and RAID controllers fail just like any other electronic device. These failures can take place at any time leaving you scrambling to recover your data. When a NAS controller fails, it can result in a lost RAID configuration, false positive drive failures and more. Because nearly all NAS devices use the less common XFS file system, data recovery becomes fare more specialized and complex.


NAS devices are stand alone external storage devices that are connected to a network via a wired network cable or wireless network connection.

NAS systems have become more and more popular over the years because virtually anyone can add a large storage device to their network quickly. NAS devices are available from dozens of manufacturers and many of them are affordable enough for even the average consumer. NAS systems can be accessed by any computer on the network no matter the operating system which makes them very versatile. Most NAS devices use their own proprietary version of Linux operating system to store their data. NAS devices come in a variety of brands and storage capacities. Most ranging from 1 to 5 drive systems.

NAS systems are often multiple drive systems that allow the user multiple options for different RAID version setup. NAS devices are a great way to back up your data but they should never be used as the sole data storage solution. No level of RAID can replace the importance of having good backups. Backups are simply a second source for your data. The most common NAS systems we see are set up as RAID 5, RAID 1, RAID 0, RAID 10 or RAID 6.